From the blog of Fran & Cherry

Like most great organisations it starts with a story. This Story is about Paul Van Gelder. He first came to India in 1994/5 when his brother was working in Chennai, as part of his travels he came to Kerala and Kovalam for a beach break. This particular trip he found himself on the beach and the local children coming up to him and asking him to teach them ‘ABC’s. He obliged.

Whilst he was there one of the young boys’ father, Krisna 6, died. His mother Sumitha was distraught and was at a loss, her husband was dead, she was one her own and her baby daughter had TB, Paul was taken aback and he had not expected this for his beach holiday. He did what he thought he could, he promised he would come back, SISP was about to be born.

The story Paul tells is of SISP and its creation, there are parts of the story that come out as you chat with Paul. He does not overstate his role in anyway shape or form but the Man from Belgium had his life changed and has changed the life of many within the Kovalam community.

Paul came back in 1996, he rented an old Keralan House, hired two teachers and so the first SISP school opened for disadvantaged children, 15 came for an education and for food. This was still a part time role for him as he had a Bed & Breakfast in Belgium that he used the profits from to funnel into SISP. Fast forward to today SISP is now in its 4th building, opened 3 years ago, it is a well established and impressive centre for SISP and its operations. 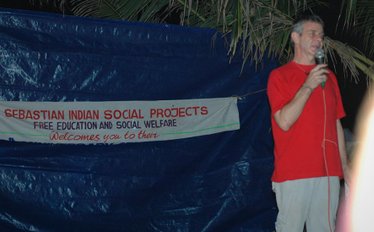 From its early stages as an organisation for disadvantaged children the SISP Centre is now a hub of activity. Paul and his team in the years since 1996 have put together an organisation that runs a plethora of streams to help those in poverty in the local community. Of course there is the school, then there is the kitchen and cook who provides all the meals in the school, then there are literacy classes for adults, it has social workers who are involved with the community including running a Micro credit group, there is a welfare centre for 300 odd families also run by the social workers to help with Medical Aid and Educational help, he even has a social enterprise unit that employs widows, women left by their husbands or with disabilities to work on products that SISP can sell for funds and the women can learns skills and become Artisans and also earn money from selling the products, they work for the money rather than receive hand outs. These products are aimed at being environmentally friendly recycling materials including using coconuts for household items and paper for jewellery and bags which you can see below. There is also the babysitting organized for these women so their young children are not home alone. 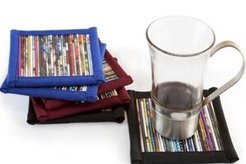 In the course of SISP’s work they have come up against many issues as most NGO’s do, but Paul and his team adapt, there has been many problems with the children that have come through SISP including STD’s in which they introduced testing for the children and also Education around safe sex, he has even instituted First Aid classes for the Children. There has been a history or child labour in the area which is what Paul first saw, there are some darker issues as well, such as prostitution and child sex, not only locally but also with Sex Tourism, the details of which I will not go into here, but lets say SISP is working hard to change lives and mindsets, it is working.

As we sat and listened to Paul talk about what he and his team had done I was just a little curious as to how a man who ran a B&B could put together such a great model to impact and manage the improvement of disadvantaged people in this community! I asked him the question and that’s where he told me he is a trained Nurse and social worker, it now all made a little more sense.

Paul is never at rest, he is the kindest and most patient man I have come across, he is always tending to the needs of SISP or Visitors, such as Steph and I (who he squeezed in to see on a Friday Afternoon) or to the kids with their problems cuts, bumps, bites and bruises!! 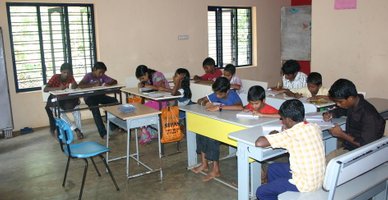 The school itself has also started to see an evolution and change from the children, there is empowerment and a desire to embrace the opportunities SISP has provided. SISP has its own Cinematic dance group which has been formed by some of the older teenagers it also has its own group of surfers who form Kovalam Surf club, India’s first and only surf club (more on that in later blogs), but again the model kicks in here and surfing is secondary to Education, if you don’t meet the attendance requirements for school you don’t get your ticket to Surf!

Did I tell you what became of the family at the start of this blog? Krishna the 6 year old ABC boy, Sumitha his mother and Lekshmi the baby with TB? Well as you have learnt Paul came back and SISP was formed. He also took the family under his wing. Krishna is now 23 and studying Aviation Engineering at University, Sumitha (see below) is a SISP member of staff growing from housekeeper in the early smaller houses to the cook now. Lekshmi (see below) survived and is now finishing secondary school; she is also one of the best dancers in the dance group. There are two other sisters both of whom are well, one has finished University and the other is married with her own business. 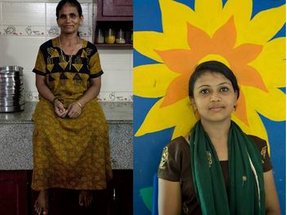 SISP is an NGO and Non-Profit, it runs a fantastic and successful program. It receives the majority of its money through private donations from families in Belgium and also from fundraising in Italy and Holland. It costs around USD13K, EUR10K, GBP 8K to run the SISP for one month, for the amount of work SISP does its amazing to see how far this money goes, considering the breadth of impact of its programs. If you would like to know more or donate the websites are here:

Special Thanks for Paul for taking the time to meet with us. Also to the dance group: Khaleeah, Lekshmi, Pushparaj, Benny, Haneefa, Praveen, Faizal, Biju, Harish and Kivins.